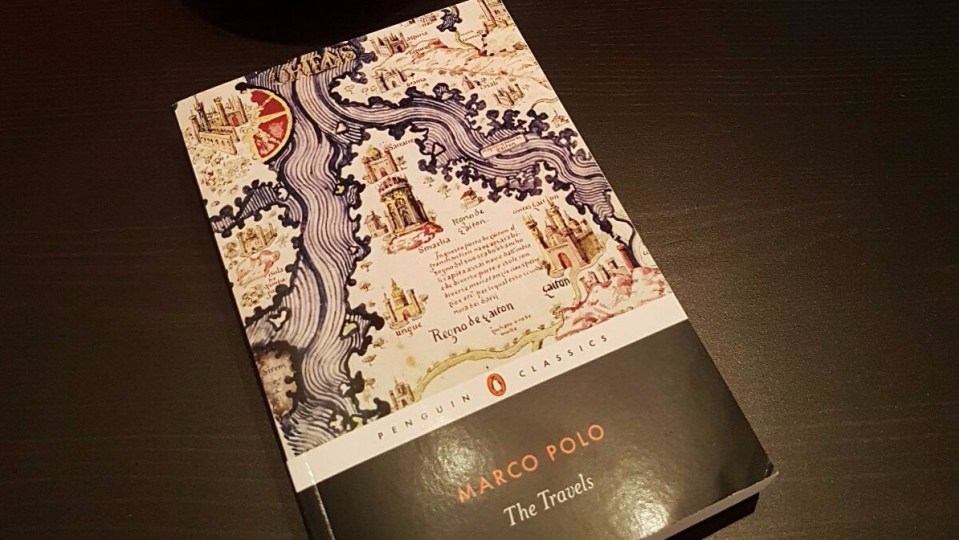 “The Travels”, the book that from 13th century inspired and intrigued people across Europe, deserves to be on every reading list.  The book describes travels of Marco Polo through Asia that lasted from 1276 to 1291 and is written by Rustichello da Pisa when he was imprisoned with Marco Polo in Genoa prison.

Through 9 chapters Marco Polo talks about his trip to Asia, describing the Middle East, Mongolia, China, Court of Kublai Khan, India, Arabian Sea. Polo described countries, people, religions, customs, and cultures. There is also description of flora and fauna in every country with focus on those species that were unknown or strange in 13th century Europe such as elephants, lions, tigers, and different types of birds. He is fascinated by diversity of spices found in those countries, and describes spices specific for every particular region. Even now there is a lot of things to learn from this book. During the reading, I was checking map, and I was trying to find every item or event that I wasn’t familiar with before. From chapter to chapter I was more and more surprised with every new city, province, or country that Marco describes.

Reading this book, I was amazed by the scope of Marco’s travel, especially knowing that it took place in the 13th century. It is inspiring that Marco was only 15 years old when he left his city of Venice with his father and uncle to found himself as official at Kublai Khan court. This book is great source of geography and history of 13th century. It astounds me to find how some things from 13th century are present today, or to see root of some today’s world states. How valued is this book tells the fact that this book inspired people during centuries, with great impact on cartography in 14th and 15th century. Even Christopher Columbus was inspired with this book and used description of Asia as a reference for his trip to India.

I recommend this book to everyone who loves to travel, learn about other cultures, history, geography; it will take to lands you never imagined exist.