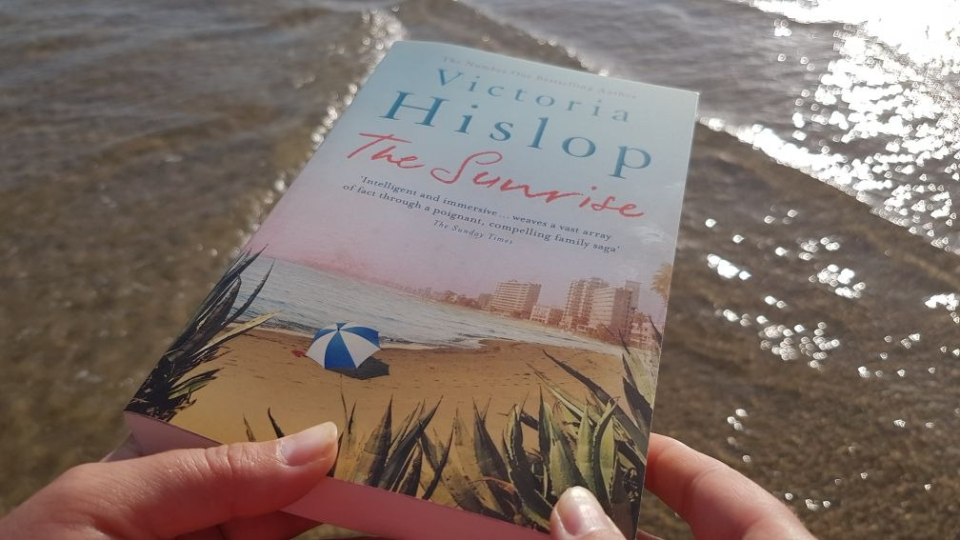 “The Sunrise” is a historical fiction novel that takes place in once very popular Cyprus tourist resort of Famagusta during the 1970s. Author of this book is Victoria Hislop, British novelist and author of the following books: “The Island”, “The Return”, “The Thread”, “The Last Dance and other Stories” and “Cartes Postales from Greece”. “The Sunrise” is the story about Turkish invasion of Cyprus in 1974 when 40 000 people were forced to leave Famagusta with hope that they will return there one day. However, almost 44 years after that Famagusta particularly suburb of Varosha is a ghost city, barbed with wire and regular patrols, with buildings and houses without their residents frozen in time, frozen in 1974 when they all fled.

The story in the book “The Sunrise” starts in 1972. when Famagusta was visited by 100 000 tourists in the summer and was jewel of Meditereen and very popular destination like Canes and Monaco. In the city adored by tourists, Greek and Turkish Cypriots live in peace, proud of their city and regarding it like a paradise. However, political situation in the country is changing and in 1974. Turkish military are taking over Famagusta while all residents are fleeing leaving behind their houses, posessions, and memories. “The Sunrise” follows three families from Famagusta: one ordinary Greek family, one ordinary Turkish family and one Greek family owners of the luxurious hotels in Famagusta. The story follows their lives before the invasion of Famagusta, their lives during the invasion and many years after. It tells how they struggled to survive and stay humans in the same time, and how they coped with their loses.

This book is very emotional and moving, from the first page where author describes long sunny days in Famagusta with it’s happy people without worries and then invasion and people finding themselves without their homes and families. It’s hard to imagine how Famagusta’s residents suffered leaving their homes with the hope to return one day and then 44 years later their beloved city is still barbered with wire. The book depicts all of this and makes the readers empathises with Cypriots. Also, the book gives accounts of the historical events that lead to the civil war, Turkish invasion and dividing of Cyprus on Turkish and Greek part, which is very helpful for the understanding of political situation on Cyprus.

Although this book is very sad, I had hard time to put it down, and even after I finished reading I wanted to learn more about Cyprus, and Famagusta, and I still thought about tragic destiny of Famagusta’s residents.  I recommend this book to everyone: it’s the story about life, survival, human loss that will move every human being. Also, it will teach you that hate, deception, betrayal and violence can never be the solution, that only love, respect for differences, and understanding are worth in life and peace can be achieved only with them. I am still moved by about tragic destiny of Famagusta’s residents and I hope that one day they can return to their homes and that they can live again in their paradise.