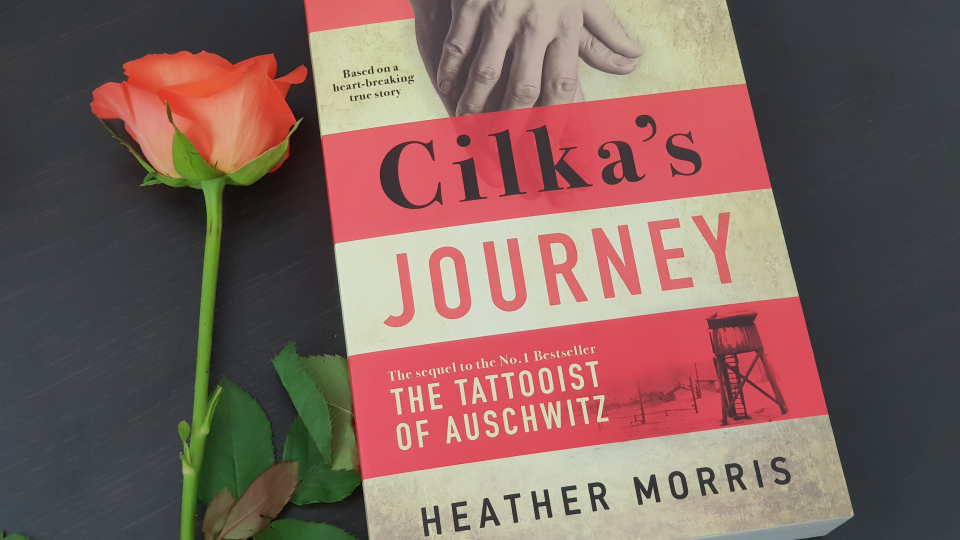 “Cilka’s Journey” is a historical fiction novel based on true story of Cecilia “Cilka” Klein, a Holocaust survivor. This is the second novel written by Heather Morris, a talented screenplay writer, best known as the author of “The Tattooist of Auschwitz”, based on Lale Sokolov, Holocaust survivor, life story. Heather Morris had the opportunity to meet Lale Sokolov and became friend with him, who having trust in her told her how he survived the Auschwitz where he met the love of his life. He also told the author about Cilka, whose life inspired Heather Morris to find out more and to write the book about this amazing woman.

“Cilka’s Journey” tells the story about Cecilia “Cilka” Klein, a Slovakian Jewish, who was only 16 years old when she arrived to Auschwitz. Because of her beauty, she was noticed by the Commandant, who keeps her separated from other women, and abuses her. After the liberation of the camp in 1945, instead to finally be free, Cilka is charged as a collaborator by the Russians sentenced on 15 years of labor in prison camp in Siberia, Vorkuta, 160 km north of Arctic Circle. There, Cilka’s again encounters brutality, horror and inhuman conditions. However, Cilka’s demonstrated extraordinary humanity, selflessness. Whenever she had the opportunity to improve her conditions, she used it to help her friends.

I learned a lot from this book about Gulag system in Russia. It was the system of forced labor camps operating from 1923 to 1961. Majority of these camps were in remote areas of Siberia. Prisoners in these camps ranged from petty criminals to political enemies. They faced brutal conditions where many died from starvation, disease, or exhaustion. Alexandr Solzhenitsyn, winner of the Nobel Prize in Literature, who survived 8 years of Gulag torture, documented Gulag system in his book “The Gulag Archipelago”.

The hardest thing for me to understand was how somebody can survive Auschwitz and then be sent to another prison with inhuman conditions. I couldn’t believe that people can allow something unfair and brutal like that to happen, especially to a young girl. And how strong and extraordinary that girl must be to survive all that suffering and not only to survive, but to show bravery and selflessness in all that. I am deeply admiring Cilka and I am so happy that at the end she found the love of her life. Cilka’s story is story about the extraordinary woman that everybody needs to hear.